I planned to leave right from work and go to the funeral home to talk to them about his ashes, but Work had other plans. Babies were sick so I was asked to go cover one of our other locations after I was supposed to be off at the main location.

I explained that I needed to take care of something before the business closed at 5pm. I was trying to avoid talking about the situation but I had to explain everything. So instead, they let me go early so I could get it done and then go right back to work afterwards. Great. Awesome…..

So I get there and again Wayne, the funeral director isn’t there. I have Daniel call him and I could hear him on the phone talking to Daniel about it. He was just so callous and had blatant disregard for me and my situation. He basically said “they lost the ashes, there is nothing we can do….just give her a refund, sorry”.

So Daniel is completely at a loss on what to do or what to tell me, or even how to do the refund. They settle on just writing me a check. Daniel tells me to look at my credit card statement and get the total that I paid. I start looking back into the history and I’m not seeing any charges other than the cost for the funeral service. I checked my other credit card….no charges.

Now I start to question, Since I placed the order on the phone with him and gave him all my credit card information a few days after the service. So in all actuality, he never did anything at all for my order and Franks ashes had been sitting there since the 1st of March.

So in my head, because he didn’t charge me for anything, he didn’t place an order and he didn’t place any ashes in the mail like he told me when he was on the phone with me. He flat out lied to me. Which may not be bad, since no order means no missing ashes.

I get all the information for the company that they use for all of the urns and keepsakes, called Crescent Memorials in Mississippi. I call them while I was on my way back to work.

It took going through a couple of people before I was able to talk to the Chief Operating Officer, Mike about the situation. I explained what the funeral home had said about his company losing my order and that I didn’t think it was true but I needed to get my ducks in a row and figure out who screwed up. I gave him all the information for the funeral home and my contact Daniel, who he called and spoke to after he hung up with me since Wayne was not available.

So Mike called me back about an hour later and had looked into the company records. He assures me that no such order had ever been placed from the funeral home. He had another man, a higher up of the company on speaker phone while we were talking.

Mike told me that they never work personally with individuals and they always are just business to business but he offered to create the keepsake for me since the funeral home messed up. I tell them that I had the ashes with me and I could hear the other man ask if I wanted two keepsakes, I joked that I couldn’t afford two. That’s when they dropped the bomb that they are going to create the keepsake for free for me. 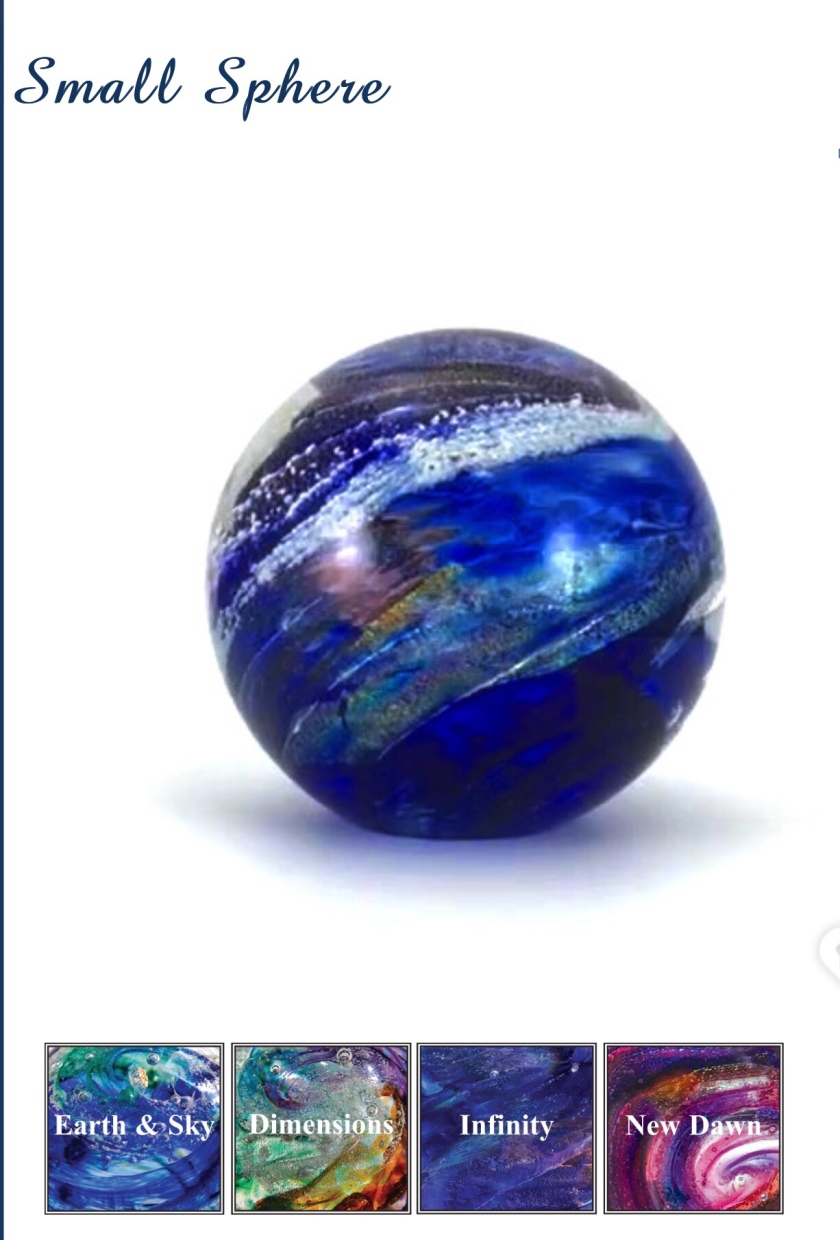 They are also sending me the biodegradable urn too.

I was just overwhelmed, started to cry and struggled to speak and tell them how thankful I was since they did absolutely nothing wrong.

I got all the information to send it to them and got off the phone and just lost it. Later that night I wrote a long thank you note and I included a picture of Frank and I. I wanted them to know who they were helping and what having a piece of him with me meant to me. I then had to mentally prepare myself to portion out the ashes. I had a ziplock bag and a tablespoon that was going to be thrown away immediately after.

I took the temporary container to the counter, took a deep breath, gave myself a mental shake and said “you can do this”…… and opened the lid.

I was very surprised by the ashes. In my head I was thinking they would be more like ashes left over from a fire burning….very white/gray and powdery but instead his ashes are a peachy coral and gritty like sand. I go to take the bag out and I realize that there’s a smaller sandwich size bag inside that looks like it already has about a tablespoon of ashes portioned out with his name on it.

I realize that they had portioned out his ashes to send them out and never did anything with them. I didn’t have to do anything but take that bag and put it with the note and picture and drop it in the mail the next morning.

When I explained to the mail lady that I was sending cremated remains, she was very professional with me, which I appreciated. I just sat there with tears rolling down my face as she got all the information and processed my payment. She didn’t ask any questions and I didn’t have to explain anything, which was a blessing.

I headed up to a friends house after that to talk to her. I knew that she had lost her first husband when she was younger and has since remarried, had one baby and was now pregnant with her second. We never talked about her first husband before now but she told me that anytime I wanted to talk that she would help me. So I drove up and had breakfast with her and we just sat at her kitchen table and she told me the story about what happened to her husband, how she reacted and what she did to cope.

It was very hard to hear her story especially since all I could do was cry and listen.

She was so young when it happened, she is still young now. You would never even think that this young happy girl went through so much and had suffered so much loss with her husband dying and her father a year later.

Because all you see from the outside is a happy, beautiful family, soon to be a family of four.

She really help me to understand that I don’t have to hide him away and that there may come a time when the right person comes into my life, who will understand what happened and won’t force me to pretend like Frank was never a part of my life.

I can never thank her enough for sharing her story and for being willing to open old wounds.

I took the long way home from her house, stopping by a covered bridge and listened to the water and the wind. 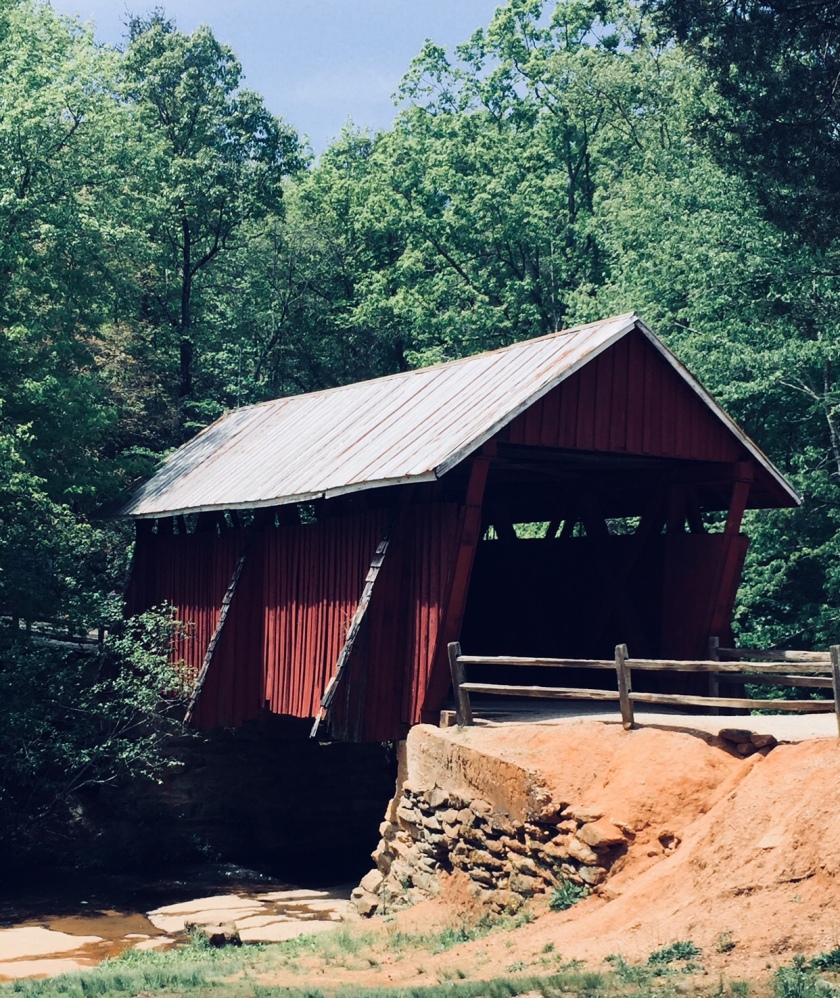 I felt more at peace than I have for a long time.